An Immersion at the Bassins de Lumières in Bordeaux 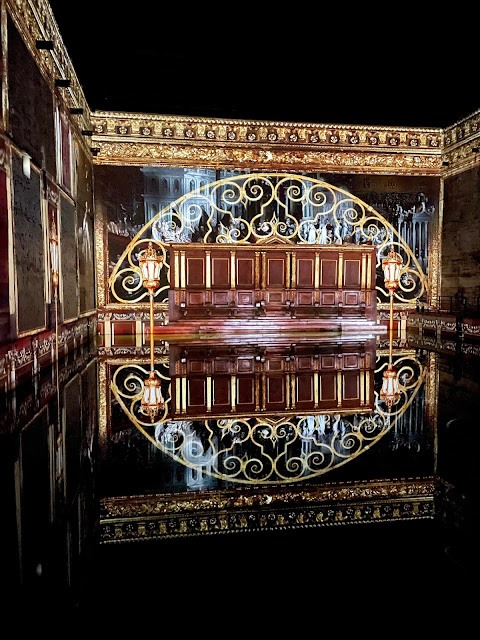 In 2018, the city of Bordeaux gave four submarine bunker docks to Culturespaces to create a digital arts cultural venue, Bassins de Lumières. These digital installations allow visitors to immerse themselves in the works of some of the world's most famous artists. After two years of extensive renovation work and the installation of state-of-the-art video and sound equipment, The Bassins de Lumières opened its doors to the public in April 2020. 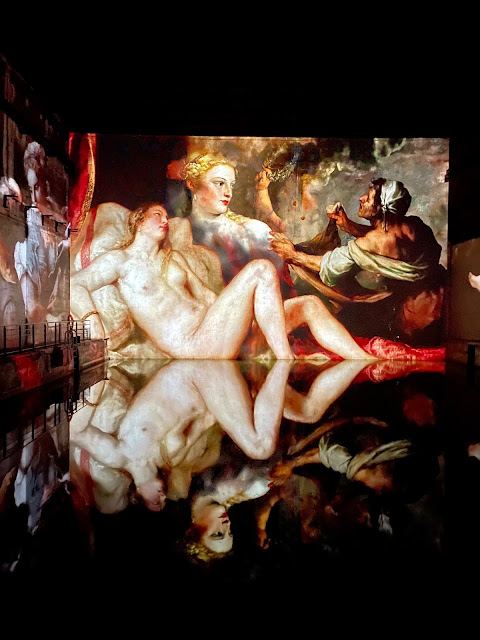 The current immersive exhibit invites visitors to go on a journey through the city of Venice to discover its artistic and architectural treasures with a stroll along the Grand Canal through the alleys and the squares, and, into the buildings and the churches to see the symbols of an amazing past.
Artists featured in this exhibit include Claude Monet, Paul Signac, John Singer Sargent, and Pierre Auguste Renoir. The current art exhibit showcases the magic of Venice. The display can be viewed while seated but is best viewed strolling through the venue and seeing the different ways its is reflected on the water below. 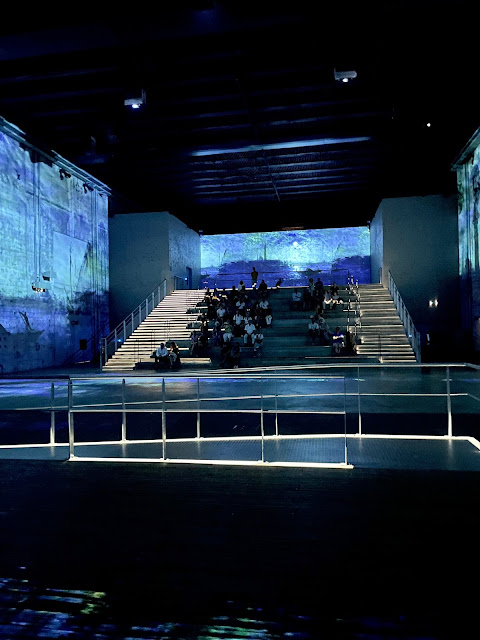 The Bassins de Lumières participates in the Art in Immersion program of the Culturespaces Foundation for children who have been marginalized by disease, special needs or social exclusion. 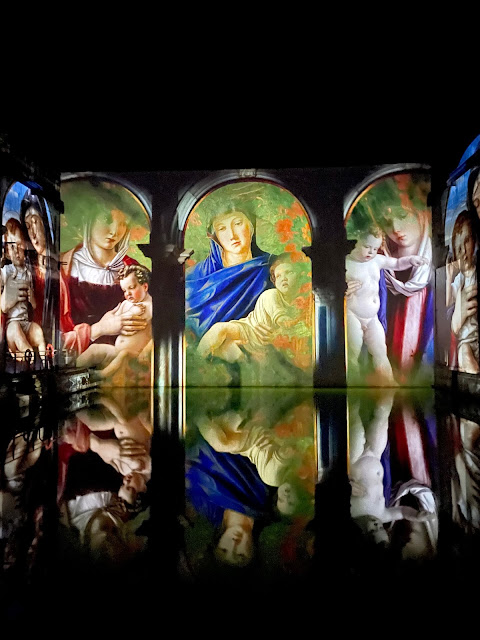 See more of the moving pictures on my Instagram reel: 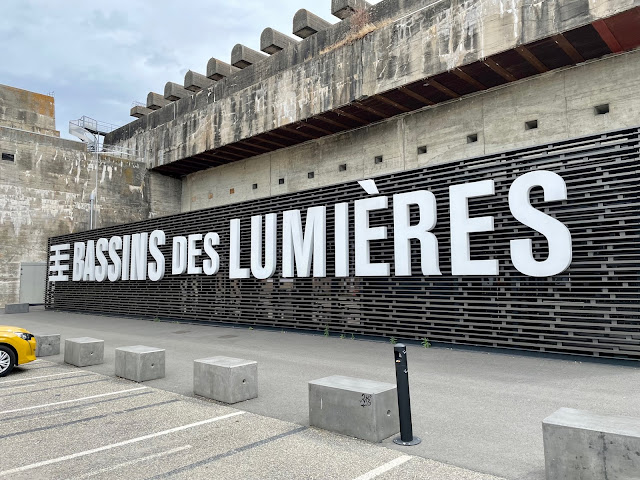 The History of the Venue

When Bordeaux fell under the occupation of the German troops in late June 1940, it became a strategic base for the Axis’ fascist forces. Its primary advantages were its access to the Atlantic Ocean, the city's harbor equipment, and its strategic location.

Italy's Benito Mussolini sent almost half of his submarines to the German U-Boot fleet and the conflict would begin to play out underwater in the world's oceans.
Thirty-two vessels from the 11th Gruppo di Sommergibili would be stationed in Bordeaux, carrying out missions from the West of Gibraltar to the Cap Verde Islands, the Brazilian coast, and Japan, transporting raw materials to the Third Reich.
In September 1941, construction of the 5th Atlantic Coast Submarine Bunker began in Bordeaux and took 19 months to pour all the rein- forced concrete required. The Bordeaux submarine bunker was put into operation on Thursday, May 13, 1943, and included a total surface area of 42,000 square meters with a capacity to house 15 submarines.
This base was an important target for the Allied forces and an American air strike on May 17th 1943 caused considerable damage to the harbor along with causing almost 200 civilians deaths. Though the U-Boot-Bunker was hit, it only suffered superficial damage.
The last U-Boats retreated, the 12th U-Boat Flotilla dissolved, and the German troops finally abandoned the bunker on August 26, 1944. Two days later, Bordeaux would be liberated without a fight.