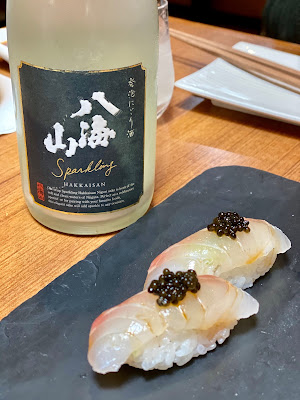 There are only four ingredients needed to make sake: rice, water, koji rice mold, and yeast. Similar to both wine and beer, sake is made via a process of fermentation sometimes followed by filtration but sake is not a wine, spirit or beer. It is its own unique category.

Nigori is a type of sake that is typically referred to as unfiltered although it has been coarsely filtered to retain rice particles and the lees or yeast which is meant to enhance both the flavor and the texture. The name Nigori means cloudy and is a reference to its appearance. For still versions, shaking before serving, is recommended. For sparkling versions, it can be a bit trickier as the drink can effusively exit the bottle just like with sparkling wine or Champagne if it is not handled gently. 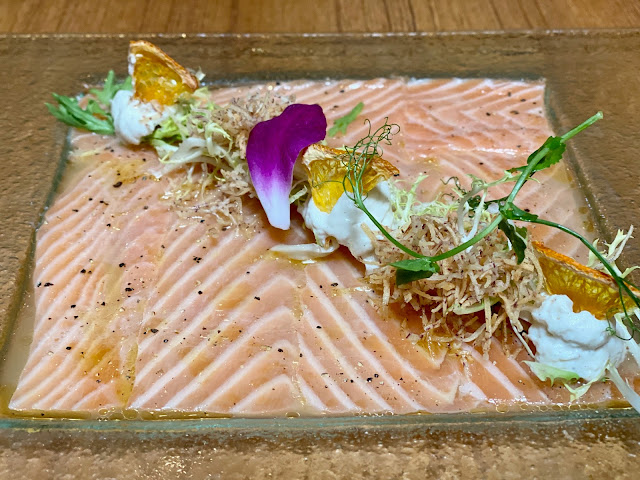 The taste of Nigori sake is more rich and slightly sweet so the still version is sometimes recommended with dessert, the sparkling version is more often served as an aperitif due to its more crisp and refreshing nature. 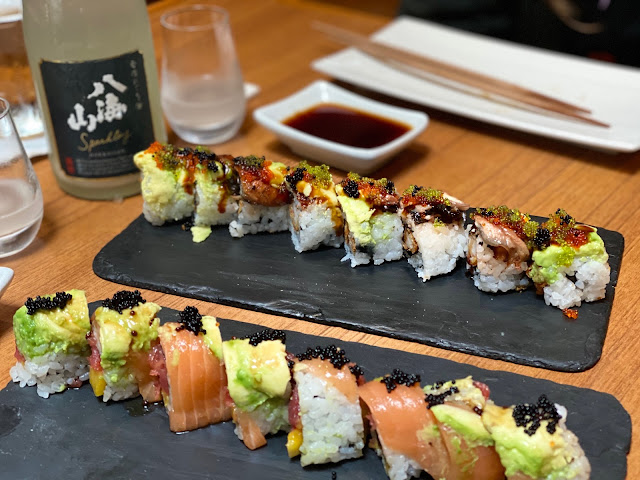 I ordered this bottle of Hakkaisan Sparkling Nigori at Kata Robata in Houston. It was excellent with the entire meal which included Madai with Kaluga caviar, Yuzu marinated Salmon Sashimi, and four rolls, the Longhorn, Tropical Spicy Tuna, Ocean Picante, and the Rising Sun which is not pictured. The fattier fish worked well with the richness of the wine and the slight sweet note was an excellent contrast with the spicy notes in our chosen rolls, and the wine's fresh nature was enjoyable throughout. 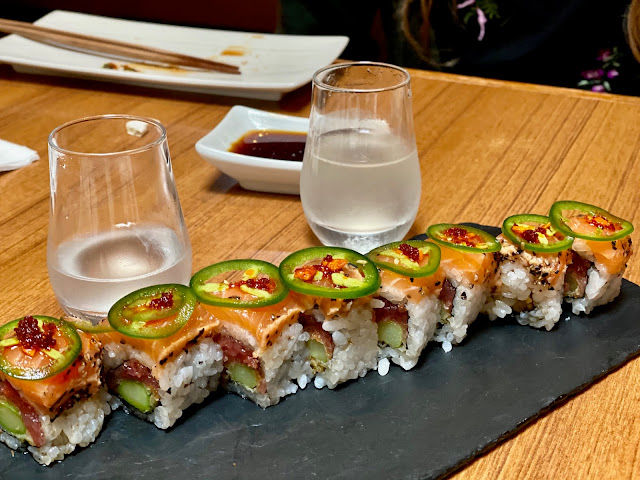 Kata Robata is run by one of Houston's top chefs, four-time James Beard Award nominee Chef Manabu Horiuchi, aka Chef Hori. His menu features components of both traditional and modern Japanese cuisine with the fish flown in from Japan to Houston multiple times a week. The dishes are complemented by an excellent selection of sake and wine.

Both the Hakkaisan Sparkling Sake and this restaurant are highly recommended.