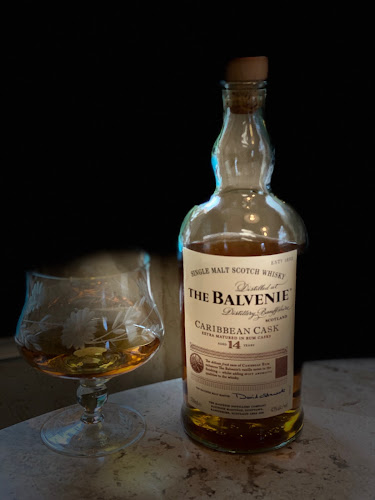 National Scotch Day is celebrated every year on July 27. On a Monday at the end of the hot month of July in Texas, it doesn't sound like the best day to celebrate but the day was chosen because it is the anniversary of the day when Scotland's whiskies were first taxed in 1494.
Having grown up in The Lone State, Scotch was not a part of my alcohol introduction when I came of age. In Houston, young drinkers are more likely to start with beer and tequila than wine and Scotch and if a whiskey is on the table, it is much more likely to be Bourbon or Tennessee Whiskey. As I became older, I gravitated more to wine with the occasional margarita or martini. But, as chance would have it, one day in the early new millennium, I walked into a restaurant bar in Sugar Land, Texas, and ended up sitting next to a Scottish gentlemen who was struggling with making a wine selection from a California centric wine list. I overheard him asking for something white  "like a Sancerre". The bartender was at a complete loss so I was happy to oblige and let hime know that he might like a Sauvignon Blanc which is, of course, the white grape of Sancerre. He was most appreciative and invited me to go to a private Scotch tasting that he was hosting that evening. It turned out that he was a Balvenie ambassador.
Before I knew it, I was in a private dining room at the back of the restaurant at a Balvenie Scotch seminar and tasting. The attendees tasted several different selections from their line-up that evening and the one that stood out to me was the Balvenie 14. I didn't know at the time that it was aged in rum casks but when he asked the group what it smelled like, my answer was that it smelled like tropical drinks in the Caribbean. As a complete novice, I found it to be the most appealing in the line-up.
Flash forward fifteen years, it is still the Scotch that I am most likely to have at home. Since that tasting, I have attended other brand tastings and I have Scotch loving friends who have tried to persuade me that their favorite is better, but I haven't moved on. While I typically am more apt to pull it out with Scotch loving friends in the wintertime, I went ahead and poured a glass this evening to celebrate National Scotch Day as it was intended.
While Scotch is a whiskey, not all whiskeys are Scotch and while there is far more to know, the key points are : Scotch must be made in Scotland, it must have malted barley in the mash, and it must be aged in oak casks for at least three years. In Scotland, they also spell whiskey without the e, it is Scotch Whisky.
The Balvenie Caribbean Cask 14 is aged for fourteen years in traditional oak whisky casks and then finished in casks that have been used previously for Caribbean rum which creates a smooth whisky and gives the Scotch tropical fruit nuances with additional notes of vanilla and coconut. When sipping on Scotch on a warm day in a hot climate, I think this is the most enjoyable one.
On National Scotch Day, lift your glass and give a traditional Scottish toast to your companions health by saying Slàinte mhath (pronounced slan-ge-var).
Happy National Scotch Day!
Please enjoy responsibly.