An Afternoon in Galveston 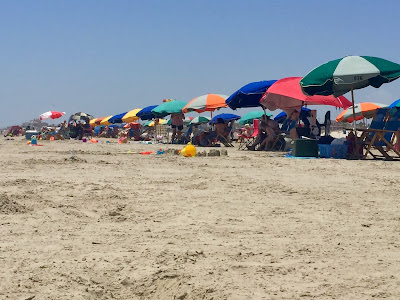 As a Houston native, I can say that going to Galveston has been a part of every summer of my life for as long as I can remember and, as some family pictures would indicate, I've been going since before I can remember. Like New Yorkers escape to The Hamptons, many Houstonians escape to the little island paradise to the south. There is no better time to escape the city heat than in August. 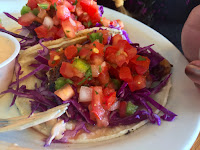 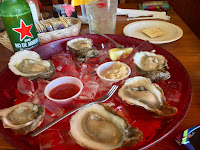 My daughter and I woke up with the spontaneous urge to take in some sea air so we headed south on I-45 to spend the day in our local oasis. In less than an hour we were in Galveston's historic Strand District ordering an early seafood lunch before we headed to the beach.

We opted for the Black Pearl Oyster Bar and Grill to get our fix of the local fare and then headed to the touristy Stewart Beach. After a couple of hours of sun and surf, we were back in the car and home by dinner.

I have traveled to some of the world's most amazing beaches and while these destinations offer their own appeal, I consider Galveston Island to be one  of the great perks of living in Houston. Great food, pretty views and easy access from the city.

Take the afternoon off, you should go enjoy it yourself!